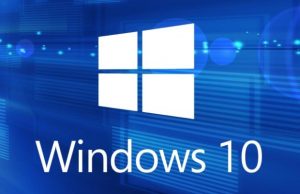 Question why? As with all client sales, up-selling, no matter the product or service associated with the product either directly or indirectly, makes for huge profits, simple and easy answers do not. You would think that your pc support team would do just that…give you fast easy answers to things about your system and how to use it…think again…. Windows 10 is it folks,  in my opinion, support teams are taking advantage of the simplicity and your laziness to pocket huge profits.  Robert Wesley Norman

Windows 10 may be Microsoft’s next big OS, even surpassing Windows 7, and currently used by more than a 100 million people but that certainly doesn’t mean the tech support guys over at big PC manufacturers such as Dell and HP like the operating system. In fact, judging by this recent reveal, some might even consider them downright haters.

As discovered by Laptop Mag through some undercover work involving placing calls to tech support of various companies in order to judge their response support service, they found out that the support personnel at Dell and HP simply told them to switch back to a previous version of Windows and stop using Windows 10 instead of actually trying to find some sort of a solution.

From the look of things, the Dell representative didn’t even bother trying to understand the query of the caller, like how to invert the scrolling direction of a laptop’s touchpad, and simply told them to roll back to Windows 8.1 since “there are a lot of glitches in Windows 10.”

The HP representative wasn’t so blunt and said it’s a bad idea to upgrade to Windows 10 right now, which makes sense since the OS is relatively new and will obviously have issues. However, the representative then proceeded to sell the caller a $40 USB recovery key which says a lot about the quality of support that was offered.

Whether these support personnel were just new at their job and didn’t really know a lot of PC troubleshooting or they/the company they represent has a grudge against Microsoft can’t be said for sure. But it is interesting to see the lengths at which someone might go to hate something they possibility don’t understand yet. 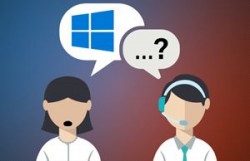 Microsoft may be gung-ho about upgrading your PC to Windows 10, but some of the company’s partners aren’t quite as enthusiastic about the new OS, at least if you ask their tech-support reps. While going undercover for our annual Tech Support Showdown — in which we test each laptop vendor’s phone, social and Web support — we spoke with several agents who either actively discouraged us from upgrading to Windows 10 or failed to understand core features of the new OS.

Phone-support reps from Dell and HP told us they discourage users from upgrading to Windows 10. An HP rep even tried to help us roll back to Windows 8.1 during one of our support calls. A Lenovo rep had nothing negative to say about Windows 10, but was confused about how Cortana works.

How to Get Good Windows 10 Support

Ironically, when we asked the same question about “Hey, Cortana” to Lenovo’s Web-chat support agent, we got the correct answer for free , after a bit of a wait. We also found the solution by tweeting @lenovosupport, using Lenovo’s online search and browsing the company’s Windows 10 page.

Even if you’re still on Windows 7 or 8, calling for support should be your last resort. We’ve been doing our Tech Support Showdown feature annually for more than five years, and over that time, we’ve seen that phone support for most PC vendors is getting progressively worse. Most of the support reps seem poorly trained, and many are forbidden from answering basic software questions, so they can try to upsell you to premium support.

For detailed findings and to see how your favorite hardware vendors fared, check out our 2015 Tech Support Showdown.